Danganronpa is a Japanese video game franchise created by Kazutaka Kodaka and developed and owned by Spike Chunsoft.

The series centers around a group of high school students who are forced into murdering each other by Monokuma, a bear.

While the plot is rather straightforward, Danganronpa is one of the most perplexing anime series in terms of watching order. If you decide to watch this messed-up anime (in a good way, of course), there aren’t many guides that can tell you where to start correctly if you want to completely understand Danganronpa’s story. The reason for this is that watching only anime will not provide you with a complete understanding of the Danganronpa universe. It is necessary to play the games.

For starters, let’s keep it simple.

How to watch Danganronpa in order

How to watch Danganronpa in order, explained

The game is strongly recommended over the rushed & heavily criticized Danganronpa: The Animation.

The game has not been adapted into an anime.

Ultra Despair Girls was released in 2014, and this spin-off takes place between the events of Danganronpa: Trigger Happy Havoc and Danganronpa 2: Goodbye Despair.

While it’s not necessary to play it, it’s recommended.

This anime TV series aired in 2016, and the two Arcs are intended to be watched in alternating order, starting with the Future Arc.

Danganronpa 3: The End of Hope’s Peak High School – Hope Arc is an anime TV series that debuted in 2016.

It’s a completely new original story supervised by the series creator, and it’s intended to be the conclusion of the Hope’s Peak Series.

6. Super Danganronpa 2.5: Nagito Komaeda and the Destroyer of the World

A 1-episode OVA set after Danganronpa 2: Goodbye Despair and before Danganronpa 3: The End of Hope’s Peak High School – Hope Arc.

It’s not a direct sequel to the previous titles and acts as the start of a new arc with a completely new cast of characters. 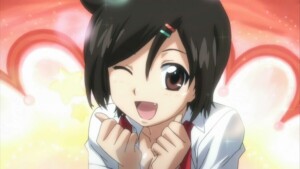 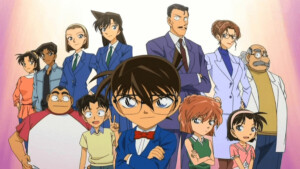 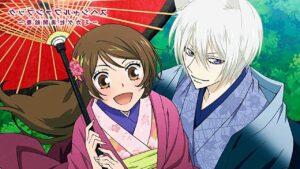 How to Watch Kamisama Kiss in Order