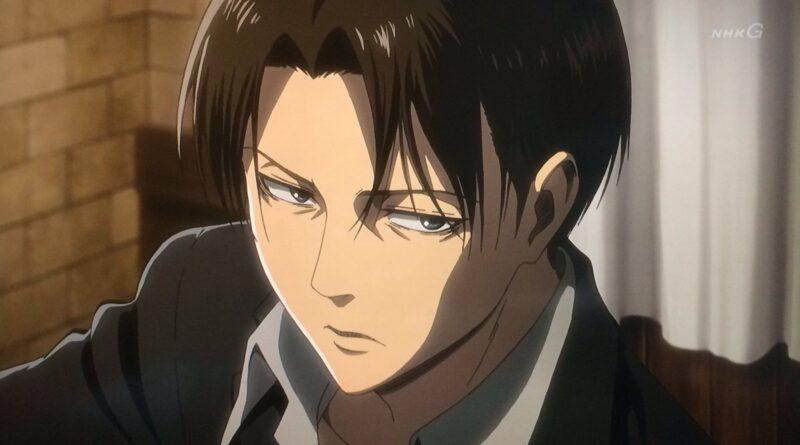 I have been excited the whole week to write about the characters whose names start with the letter ‘L’.

The reason behind this hype is that they are all amazing. Some of the best and most popular anime characters start with L. I am no exception, I absolutely love anime characters like Levi Ackerman, Lelouch Lamperouge, or Lucy Heartfilia. And many more.

Let’s take a look at the 10 most popular anime characters with names that start with L!

Lucy takes pride in being a member of Fairy Tail, one of the most prestigious magic guilds.

She is a celestial mage, which means that she can form contracts with Celestial Spirits and summon them as long as she has the right key, borrowing their magic and strength to fight enemies.

Lucy is an inspirative character who is always cheerful, kind-hearted, and supportive. She bends over backwards to help her guildmates.

Legoshi is not your typical main character. He is a male gray wolf, after all!

With that being said, he is easily relatable. Being born a tall carnivore, other animals around him fear him. His frightening looks don’t match his personality because he is a gentle, soft-spoken, and empathetic being but the years of isolation took their toll on his mental health and confidence. Not only is he socially awkward but also has very low self-esteem.

When he falls in love with a small dwarf rabbit, he doubts himself but those feelings also strengthen his willpower to meet his goal of leading a normal life.

Lain is an introverted, shy, and quiet middle schooler, which makes her an outcast.

She develops multiple bolder personalities over time & uncovers her true nature as the series progresses. To not spoil anything, she is an omnipotent and omnipresent being.

Lucy (Kaede) is the first of the diclonii, a human sub-species that emerged in the late 1990s. Diclonii have horns and the ability to kill by using vectors, which are high-vibrating invisible arms. As you can imagine, it’s an insanely OP ability that poses a huge threat to humanity and the world as we know it.

Unfortunately, her childhood was hell. She was placed in an unloving orphanage and was bullied not only by the caretakers but also by the orphans. Saying that her living conditions were harsh is an understatement as she received both physical and also mental abuse. This eventually resulted in an awakening of her vectors and a continuous cycle of violence towards others, usually resulting in their gruesome deaths or severe injuries.

After her personality split due to the brain damage, she involuntarily switches between two personalities, namely Nyu & Lucy.

When she is in the Nyu mode, she acts like an ignorant, naive, and innocent child who holds no memories of her previous life.

Lucy’s personality, on the other hand, is (almost) completely devoid of empathy for humans and retains all memories of her experiences in life. The only person she has feelings for is her ex childhood boyfriend because she wishes nothing more than to atone for the sins she committed against him.

Law is a pirate from North Blue and the captain and doctor of the Heart Pirates. He, like Luffy and many other pirates, dreams of finding the legendary One Piece.

The popularity of Law stems both from his personality and looks. He’s an earnest person and a skilled swordsman who had a tragic childhood (Sasuke, anyone)? It also helps that he looks like a major hottie for girls and has an edgy feel to him.

People love monsters. Well, at least the good-written fictional ones.

Light is a monster and a villain in Death Note. While I would not like anyone who has such a warped perception of reality/justice as him in reality, as a fictional character he is more than interesting.

He is a physically attractive genius who has ambitious and sympathetic goals. The only problem is that his means of achieving them are immoral. It’s a similar case as we see in Code Geass with Lelouch but while Lelouch is more of an anti-hero, Light is a pure antagonist. And that goes beyond the methods of achieving his end goal. We are talking personality here. He never feels remorse for his actions, he believes himself to be, “the God of the New World” he is trying to create and is willing to lie, steal, and murder with impunity.

Luffy is the founder and captain of Straw Hat Pirates, which are an infamous and incredibly powerful rising pirate crew.

He is a boy with a big heart, always willing to help people. And that’s one of the reasons why he is the golden boy of the whole One Piece Universe.

Fans are captivated by his free spirit and willingness to risk everything to live the life he wants to live. It also helps that he speaks with his actions instead of being the typical friendship speech giving shounen MC.

L is another genius character on this list, along with Lelouch and Light.

According to MaL, he is even more popular than the main character of Death Note, Light.

L is quirky and weird but not in a bad way. His eccentric qualities make him stand out. He is calm, trustworthy, laidback, and quiet, and his behavior around others fully reflects these traits. He doesn’t care about how others see him, and he doesn’t conform to social norms. He has a complete IDGAF attitude.

Death Note is all about playing mind games and L is capable to play the intellectual war on the par with Light, which makes not only him but the whole show a masterpiece.

If you haven’t heard about Levi Ackerman from AoT, then you probably living under a rock (no offense).

He is one of the coolest 5’3 (160cm) characters to ever be created and fans can’t get enough of him.

Levi is humanity’s strongest soldier and comes from the same clan as Mikasa, a girl soldier who is worth 100 normal soldiers.

Being an awakened Ackerman means only one thing: being extremely OP in terms of having supernatural strength, agility, durability, stamina, and reflexes. While other soldiers struggle to take down a Titan or even get crushed/eaten, Levi makes it look like a tutorial when he fearlessly jumps on their backs and slices through their napes with perfect precision. On top of that, he is blessed with a keen intellect, which has proven to be very useful in battles.

But being OP and smart aren’t his only pronounced qualities. He is protective of his comrades and does his best to keep them safe in every situation, whether it’s against Titans or humans. Even though he rarely expresses his feelings and is usually calm and collected, we all know that he is a caring individual!

But it doesn’t stop there!

Lelouch is also extremely handsome and gives off badass/cool vibes while retaining the realism.

The interesting thing about Lelouch is that to achieve his great plans, he had to abandon his humanity and become an anti-hero at best. While his intentions were good (creating a better world for his sister and everyone else), his manipulative and bloody methods for achieving the end goals resulted in many casualties. We could question those methods from a moral standpoint but if there was no other way around it, it makes those horrific actions more justifiable.

I appreciate that Lelouch isn’t like a typical shounen protagonist at all, in fact, he has a duality to him which is portrayed very convincingly as opposed to being permanently good, forgiving, and loving, even when others hurt or betray you badly.