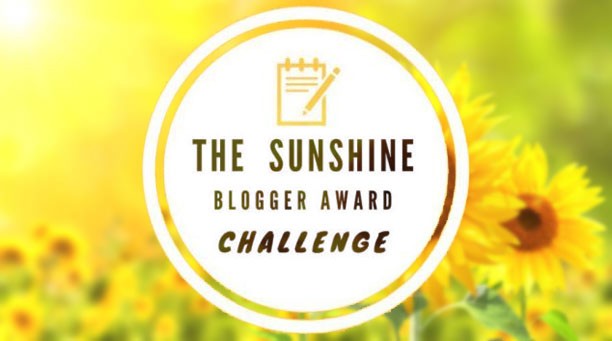 Let me start by saying that I’m really for being so late! I love writing these tag posts but somehow always end up writing something else instead, forgetting about it, and you know, the whole real life getting in my way too. 😀

First of all, I would like to thank Blerdy Otome for nominating me. Her blog is really versatile, full of interesting articles, ranging from gaming posts to anime reviews (and a lot of other wonderful stuff related to anime/games). I have to also state that her blog looks neat visually. It makes me feel positive just from looking at it.

As a part of the Sunshine Blogger Award, Pokeninja (Blerdy Otome) came up with 11 interesting questions that I am going to answer (and hope that someone finds my answers fun).

1. What is one series that you stan no matter how problematic or cliche it is? What makes this series so special to you?

I have more than one series like this, but what crossed my mind first was Black Clover. No matter how cliché and typical it is, I still love it. Some might say it’s a rip-off of Naruto, but I honestly don’t care. It does not matter how predictable the story is, or how annoying (shounen annoying) Asta gets (paired with his never-ending shouting that causes my ears to bleed) I still stan it.

2. What is one fictional world that you’d absolutely NOT want to visit or have yourself transported to? Why?

Attack on Titan Universe. Living every day in fear of getting eaten by titans, or being “forced” to put my life at stake for the sake of humanity. Thank you, but no.

3. What is one series (can be from any media) that you think is severely underrated and needs more love? Tell me about it.

D. Gray-man. I feel like every time I talk to anime fans, they seem to not know this anime despite it being absolutely wonderful, full of action, interesting abilities, and likable cast of characters. If you have not seen it, you have to fix that asap!

The story is set in the 19th century and centers around a young boy called Allen Walker, who joins an organization of exorcists named the Black Order. The exorcists use an ancient substance, Innocence to combat a very powerful man known as the Millenium Earl and his army of demons (Akumas) who wants to wipe out humanity for good. Allen Walker might be the prodigy compatible with Innocence on 100%, and thus, making him an ultimate weapon.

4. Let’s say you’re the protagonist in your own dating simulator game, who would make up your harem (choose five) and who would you choose as your canon route? (the canon route is the true route/golden route kind of like a destined ending that wraps everything up in a nice neat bow)

The canon route would be ending up with Accelerator because he would annihilate everyone else with his Level 5 abilities and protect me till we die. 😉

5. What is your favorite character archetype and why? Least favorite?

Favorite character archetype would be a genius (high IQ, high morals) like Lelouch from Code Geass, who ends up sacrificing himself for the sake of others in the end. Least favorite is a naive/ dimwitted reverse harem girl like Yui from Diabolik Lovers.

6. What’s a special skill that you have that you’re especially proud of?

I can easily identify flaws and make suggestions on how to fix them.

7. Who was your first anime crush?

Chiaki Nagoya from Kamikaze Kaitou Jeanne. I was like 7 or 8, and he was just too cool and attractive, always rushing to help Maron. 🙂

8. If you were able to have one superpower what would it be? Would you be a villain or a hero?

If I could have only one I would choose vector manipulation. Just look at Accelerator, freely changing both the magnitude and direction (vector) of something to achieve a given result.

I would be a villain with style, so not really a villain, just acting tough. 😀

9. What is your OTP (one true pairing)? You can pick from any genre and it can be canon or non-canon, the sky’s the limit here!

10. Describe Naruto to someone that has never seen or heard of it… but, you have to do it badly.

A dumb and naive kid with a fox demon inside his belly is trying to become a leader and protector of the village where (almost) everyone hates him. 😀

11. In honor of  Pokemon Mystery Dungeon coming to the Nintendo Switch. If you suddenly woke up in the body of a Pokemon, which one would it be?

Ninetales. And we all know why when we look at my website name.

My questions (and tasks) for YOU 🙂

1. What is your favorite anime meal and why? (just by looking at it, you don’t have to like it in reality)

2. What is the best anime OST you have ever heard?

3. Pick three anime characters who are in your opinion the most annoying (and state why).

4. What anime would also make a good ecchi? e.g. Naruto (and why/how)?

5. Do you find fanservice helpful or “hurtful”?

6. Have you ever met a person who told you that anime is for kids? What did you tell them?

7. How many friends of yours watch anime as well?

8. Have you ever played an otome game? If yes, what game was it and did you like it?

9. Is there any anime that you love despite everyone else seemingly hating it?

10. What do you think of the harem/reverse harem genre?

11. Pick your three favorite anime characters and choose to marry/kiss/kill them. 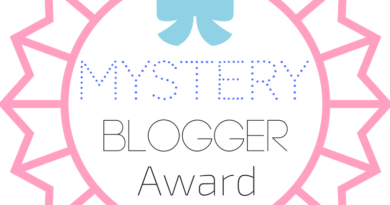 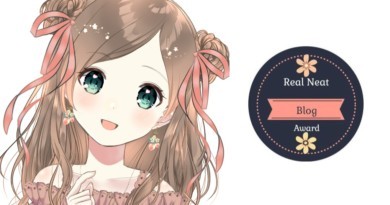