Shokuhou Misaki is the female character from Toaru Kagaku no Railgun & Toaru Majutsu no Index series.

She is the absolute bae but is highly underappreciated. I absolutely adore her & have a dedicated Pinterest section to her where I upload tons of pictures because they are missing… for some reason she is not that popular. 🙁

By the way, 9 Tailed Kitsune got mentioned in the top 90 anime websites & blogs on feedspot (which makes me really happy). 🙂

Here are 15 Facts About Shokuhou Misaki!

Despite not looking like it. But you can never be sure with such a manipulator. 🙂

#14 Misaki is the fifth-ranked Level 5 esper

Basically meaning that she is the fifth strongest in the whole Academy City. Academy City has ~2.3 million people and ~80% of them are students. Around 60% of the entire population is having Level 0 abilities.

#13 She is a student at Tokiwadai Middle School

The Queen alias references to her having the largest clique & influence within Tokiwadai Middle School.

#11 Misaki is the leader of the Shokuhou clique

Shokuhou Clique is the largest clique in Tokiwadai’s Middle School.

Here are some known (and popular members) of the clique:

Misaki translates as “Wish for Control” & her name as a whole means “Dominated Psychology”.

Her surname carries a “honey bee” motif, referencing to her being depicted as someone who eats through societal structures.

You would have to be blind to not notice how unique and elegant she looks. She is a starry-eyed girl (literally)!

Misaki has straight long golden hair and wears a pair of white gloves and stockings, both adorned with laces. She is always carrying a shoulder bag with a star adorned in the middle.

#8 She is the source of Misaka Mikoto’s jealousy

Even someone as cute as Mikoto can be jealous of Misaki. The main source of jealousy is nothing else than Misaki’s bust size.

Mikoto once even suspected that Misaki is not a middle school student because of it!

#7 Her ability is called “Mental Out”

Mental Out is an immensely powerful psychic ability involving the human mind which has a variety of uses, including but not limited to:

#6 Misaki was a part of Exterior Project

A part of her cerebral cortex was taken from her to create Exterior, which was supposed to be the stronger version of Mental Out for anybody to use.

After she turned against researchers, this large cultivated brain became a great boost for her power until it was destroyed later.

Her power is derived from controlling the fluids in the target’s brain, with which she changes its conductive efficiency and thereby making the fluid to act as a catalyst for the electricity to flow through.

Since Mental Out has such a wide variety of applications, Misaki divides it up into predetermined categories to make it easier to use. These categories are used for specific applications or commands, hence the usage of the remote controller is resulting in more precise usage of her ability.

She cares for him quite deeply, but it never went anywhere.

They are described as acquaintances that often run into each other in the city. Misaki even hypothesized that these similarities may be the reason why she can’t stand Misaka Mikoto (same happens to Mikoto & Touma).

After an incident that resulted in Misaki using her powers on him in order to save his life, Touma is left brain-damaged, making him unable to remember and make new memories of her and only her.

When she was younger, Shokuhou Misaki was the subject of the Clone Dolly first research laboratory. She was picked as a possible candidate for reaching Level 5 out of two candidates (her and Mitsuari Yaru, having almost identical abilities).

During the Exterior Project, she was asked to brainwash a girl, Dolly, to think that she is her friend that left her in the past after discovering implanted machines on her body. She hesitantly agrees.

In the process, she truly befriends Dolly as they spend time together. Later she finds out that Dolly is falling ill and dying despite all the medical advances, having no hope for recovery.

After Dolly dies, Misaki, the downhearted Misaki soon turns against the facility and its researchers, using her power to control everyone involved in the project.

#2 She used to be depressed

After the project ended and Dolly died, she became depressed to the point that she wanted to use her own powers on herself to get rid of heavy thoughts associated with it.

The 1st season of Toaru Kagaku no Railgun didn’t reveal much about Misaki, except for her playful and mocking behavior towards Mikoto, along with her clique and great psychic power.

In the 3rd Season of Toaru Kagaku no Railgun, we finally meet young Shokuhou and understand a bit more about her background and what shaped her into the person she is today. She might wear this “bitchy facade”, but she in fact cares deeply about certain things (including clones) and is way more cunning than you would anticipate.

Misaki is not just beautiful, but also extremely intelligent and skilled in planning and foreseeing the thinking and moves of her foes. 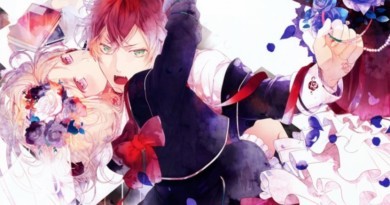