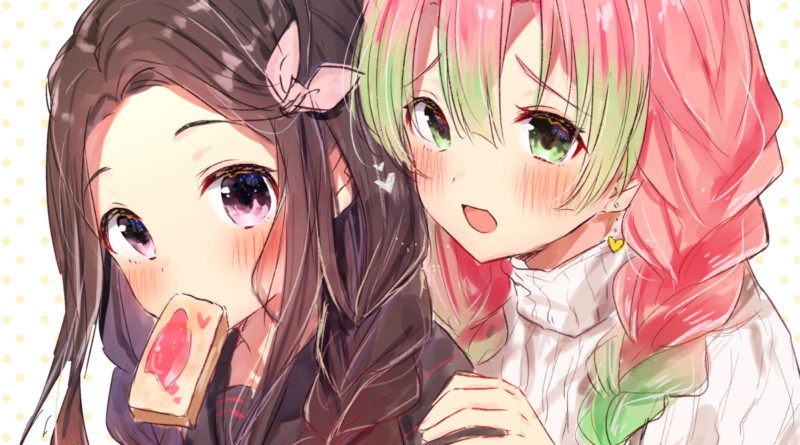 The year 2019 is going to be soon replaced by the year 2020 – and so I decided that it’s more than reasonable to check what kind of anime will air in 2020 and pick out the best choices for you.

These anime are the collection of the most exciting and anticipated anime airing in 2020. The order is random.

⭐ That Time I Got Reincarnated As A Slime

Let’s explore what 2020 has to offer together!

Synopsis: The film is set five years after Digimon Adventure tri., taking place in 2010. With Taichi and his friends reaching adulthood, they are struck with the news that the partnership with their Digimon will soon end, as they are not children anymore.

Meanwhile, a powerful Digimon called Eosmon appears, robbing other DigiDestined of their consciousness, and it’s up to Taichi, Agumon and all their friends to fight together one last time to save the world.

The movie is an adaptation of the fifth light novel.

Synopsis: A young priestess forms an adventurous party with other inexperienced members to eradicate the goblin’s nest but her party gets completely wiped out and she is left surrounded and wounded, in no condition to fight.

This movie is an adaptation of the Infinity Train arc.

Synopsis: The story revolves around Tanjirou, a young boy whose soul got scarred by a tragedy – all members of his family except his younger sister, Nezuko, were slaughtered by a demon and she has turned into one.

Synopsis: The main protagonist, Kashou Minaduki, is the son of a long line of Japanese confection makers. It comes as no surprise that he eventually moves out to open his own patisserie “La Soleil”.

Synopsis: A new television anime series for the 20th anniversary of the anime franchise.

15. Made in Abyss Movie 3: Fukaki Tamashii no Reimei

The movie is going to be an adaptation of the Idofront arc in a movie form.

Synopsis: Made in Abyss originally follows a story of Riko, an adventurous girl determined to find her mother who had descended to the depth of the Abyss to explore ancient relics/ creatures and never came back to the surface.

Synopsis: The movie focuses on a young noblewoman named Isabella York who is trapped in a famous but extremely strict finishing school which resembles prison to her.

Synopsis: Isekai Quarter is a chibi-style crossover featuring characters from Konosuba, Overlord, Re: Zero – Starting Life in Another World, and The Saga of Tanya the Evil in an alternate world. Season 2 is going to also include characters from The Rising of The Shield Hero franchise.

Synopsis: The story centers around a new heroine of Magia Record, Iroha, a magical girl who is looking for her missing sister Ui in Kamihama.

Madoka is in a similar situation, searching for missing Homura in the same city.

Synopsis: This anime is going to be produced by Netflix using full CGI animation.

Synopsis: One of Shiba Miyuki’s classmates, Kitayama Shizuku enrolls in one case-exchange program, allowing her to study abroad, while the other student gets the opportunity to study in their school, First High.

Synopsis: The main character, Tohru, is a hard-working and sweet girl who had lost both of her parents and was forced to live in a tent until she moved with three seemingly normal guys (who happened to be also very attractive) but in reality, the boys are possessed by zodiac animals.

Synopsis: The story follows two loners, the pragmatic Hachiman Hikigaya and beautiful Yukino Yukinoshita, who despite their varying personalities and ideals, offer help and advice to others as part of their school’s Service Club, assisted by the cheerful and friendly Yui Yuigahama.

Synopsis: Danmachi 1st Season follows the journey of a young adventurer, Bell Cranel. He operates under the goddess Hestia and as the only member of Hestia Familia, he works every day endlessly, battling various monsters in dungeons, aiming to improve himself as much as possible and become the greatest adventurer in the land.

Synopsis: The series center around Futaro Uesugi, an exceptional student with a troubled personal life – he has lost his mother, has no friends and his father has incurred a huge amount of debt.

Synopsis: The first season centers around three main characters, Emma, Norman, and Ray, who live with other orphans in a self-contained orphanage. The life seems joyful and full of fun until they find out that the orphanage is a farm where they are being raised only to be fed to demons.

Synopsis: Satoru Mikami is an average 37-year-old corporate worker, living a comfortable but lonely life in Tokyo. One day he is asked for marriage advice from his colleague and decides to meet them on the street, but he is stabbed to death by a passing robber.

Synopsis: Toaru Kagaku no Railgun is a spinoff series that focuses on the third strongest Level 5 esper, Misaka Mikoto, also called Tokiwadai’s Ace due to being at the top of Academy City.

Synopsis: Eren Yaeger’s life turns upside down after the wall protecting his village from Titans (monstrous humanoid creatures) gets breached, bringing havoc on the whole village behind. He loses a close relative in a very gruesome way and witnesses first hand the atrocious power of Titans.

The season 4 of Attack on Titan will wrap up the conflict between the Eldians and Marley.